Bingo Tips You Should Know

You can quickly distinguish the less skilled players from the rest of the crowd when you walk into a bingo hall. As they lose track of who is winning, new players look around in confusion. So that we can clearly understand what occurs during a bingo game, let’s break down what takes place. Next, we’ll examine how you can raise your chances of succeeding at bingo. A unique kind of lottery game is bingo. In a typical bingo game, 75 or 90 numbers are used, and based on the numbers that are called out, you must match a predetermined pattern of numbers. In contrast to the lottery drawings you see on television, where only a few numbers are drawn, the caller in a bingo game keeps drawing numbers until one or more players have filled out a particular pattern on their cards. The round is won by the first player to call “Bingo,” though occasionally several players will simultaneously call “Bingo.”

Increase Your Chances of Winning by Joining the Online Chat Room

You don’t have to be a people person to participate in an online chat room, but the moderator might occasionally award special prizes. Only participants in the chat who are engaged can win them.

To accommodate your preferences for number distributions, modify your cards.

You usually have the choice of exchanging cards or picking a different card to begin with if you want to try Tippett’s or Granville’s method of playing bingo. To recognize the number distributions you want, you’ll need to practice scanning bingo cards.

Keep your bingo supplies organized and prepared to play.

If you plan to play bingo in your neighborhood, you should put together a kit that contains everything you’ll need, including money, daubers, cards (if you’re allowed to bring them in), snacks, drinks, and anything else you might need while playing. So that you can affix your playing cards to the table, bring some tape with you. Choose the numbers you want to play in advance if you plan to play U-Pick-Em Bingo. 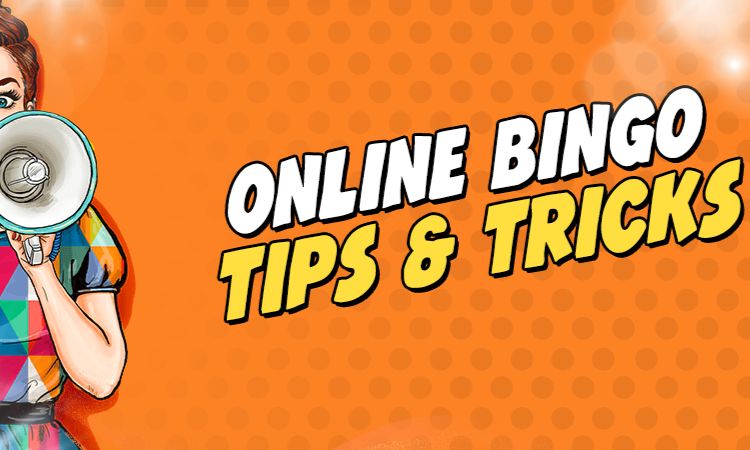 What Is Special About USA Style Bingo Play?

75-ball bingo is more popular in America. In the US, the game is played with cards or tickets that have the numbers printed in a square pattern. A letter from the word “BINGO” is used to identify each column. Only the numbers from 1 to 15 are in the “B” column, only the numbers from 16 to 30 are in the “I” column, and so on. Compared to UK style play, US style play allows for more winning patterns. On just one card, the patterns must be created. Games may result in more than one winner because different patterns may be permitted. US bingo players have created their own bingo lingo.

What Is Special About UK Style Bingo Play?

Bingo halls in the United Kingdom prefer the 90-ball game. The numbers are arranged on cards or tickets in three rows of nine columns each in the UK version of the game. There is a set of numbers assigned to each column (1 to 10, 11 to 20, 21 to 30, etc.). To ensure that each of the 90 numbers appears on at least one of the six tickets, tickets are printed in groups or strips of six. When the caller says, “Eyes down,” the UK game starts. The UK callers speak in a particular dialect or jargon.

Distributions of probabilities are misleading and irrelevant.

When you look up bingo tips, you’ll invariably come across articles discussing L.H.C. Tippett and Joseph Granville’s and their proposed strategies. Due to a flaw that affects all probability-based gambling systems, these systems are at best suspect. The flaw is also very straightforward. Probability distributions only provide information about past events over a specific set of experiments. The future cannot be predicted by any probability distribution. If that were possible, gambling games wouldn’t exist as they do today or they would resemble nothing like the ones we like. People choose a system and cross their fingers in the hopes that it works because they prefer to hang their hats on a post than toss them to the ground. Tippett and Granville offer the following advice on how to increase your chances of winning at bingo. Tippett’s system makes the assumption that you’re playing a 75-ball game. He contends that in a “short” game with few balls drawn, numbers between 1 and 18 or 58 and 75 are more likely to be called; in contrast, Tippett’s system claims that as more balls are drawn, numbers between 19 and 57 are more likely to do so. Because you cannot predict the future, Granville’s system aims for the greatest degree of coverage. The distribution of numbers called should be fairly even if there are an infinite number of bingo games. Granville advises choosing bingo cards with an as-even-as-possible distribution of numbers ending in all digits from 0 to 9, as-even-as-possible distribution of even and odd numbers, and as-even-as-possible distribution of high and low numbers. You’ll find people who swear by one, the other, both, or neither of the two systems, but they’ll both “work” and “fail” on a completely random basis. That is essentially all there is to know about how probability theory applies to games like Bingo or others that depend on unpredictable outcomes. The results of games might theoretically be affected over time by very subtle factors. The person who mixes the balls could unintentionally bias the process. To find any real bias, however, would require a very powerful computer and numerous observations. What can you do to increase your chances of winning at bingo if you can’t tell which numbers will probably be called? Starting with the easiest ideas to implement, let’s move on to more complex concepts.

Your chances of winning increase if you purchase more cards.

Certainly one of those tips that makes people roll their eyes. Yes, everyone should be aware that purchasing additional cards gives coverage for called numbers. You won’t have the necessary motor skills to simultaneously watch all those cards if you’re a new player. You need to practice this. Experts recommend that new players observe the games for a while before starting play with 1-6 cards. As you learn the patterns and how to quickly scan the cards, stick to a small set. However, it is true that your chances of winning increase with the number of cards you have. But keep in mind that the total number of cards in play during the course of the game will have a greater impact on how long it lasts than the number of cards each player plays. After 10 numbers are called, a game with 100 cards in play is more likely to result in a winner than one with 20 cards.

Some casinos provide information on the number of active cards.

You might see X cards being played in one room and Y cards being played in another when playing bingo online. Join a room where there are as few cards in play as possible if you are hoping for a longer game. But keep in mind that additional people might enter the space after you, and sooner or later, you’ll experience the urge to leave for a space that’s less crowded. Furthermore, a lot of jackpots are determined by the number of cards in play, so if you want to play for bigger jackpots you might have to settle for more cards in play.

Your game costs will decrease as you purchase more cards in bulk.

Take advantage of any card discounts offered by a casino. By dividing the cost of purchasing cards among more games, you can stretch your budget farther. You now have more money at your disposal.

When there are fewer players, that is when you should play.

Although the number of players does not directly affect the result of a game, it is less likely that any player will win quickly if there are fewer players present. Therefore, unless everyone is playing 20–30 cards, long games are more likely to occur in a small group.

There are some online casinos where you can play real money bingo for free.

You can find online casinos that will give you small amounts of “house credit” as “no deposit” bonuses when you register if you’re not ready to risk a lot of money playing bingo. Although there are some restrictions on these small sums, it is preferable to practice with someone else’s cash when you are just getting started.