Whether dice control can be effective is a common concern among players looking to gain an advantage in the casino. There is a notion that a player can improve their chances of winning certain games by carefully controlling their shooting in order to affect the outcome of the roll of the dice. Theoretically, there are several ways to use dice control. One of the claims, for instance, states that it is possible to lower the likelihood of rolling a seven. At the craps table, where a seven is typically a losing number for the players, this can be very helpful. A shooter should roll a seven on average once every six throws, according to probability. A shooter may be able to consistently turn a profit if they can control the dice to the point where a seven is rolled less frequently than that. However, there is a lot of disagreement over whether dice control is actually possible. In order to determine whether it can actually work, we examine both the arguments in favor of and against it in this article. 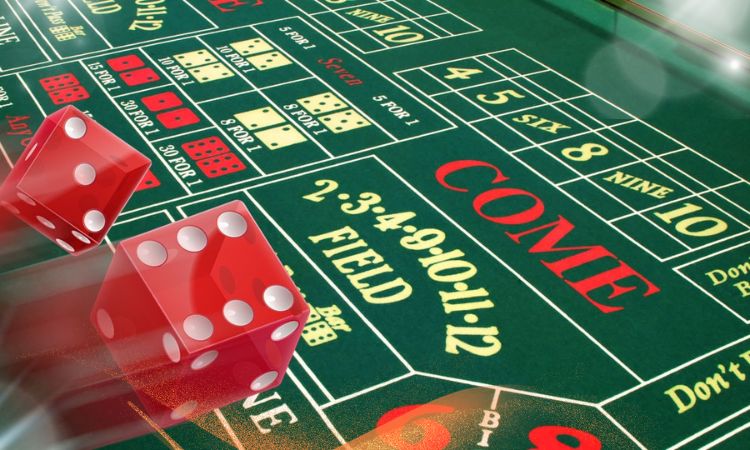 The argument for dice control is largely predicated on what people have claimed to have accomplished, which is far from conclusive. Dice control is said to have helped some casino players win at the tables, but that doesn’t mean much in and of itself. However, there has been some supporting evidence, and a number of reputable gambling authors have written favorably on the subject. On the surface, this seems to lend some credence to the idea that dice control can be effective. One of the most well-known gamblers associated with this skill, Dominic LoRiggio, may be the strongest support for dice control’s effectiveness. He is also referred to as “The Dominator” and “The Man with the Golden Arm,” and it is believed that he made a significant sum of money playing dice in casinos. As evidenced by LoRiggio’s apparently successful business teaching people how to learn dice control, there doesn’t seem to be a shortage of people willing to think that dice control can be effective. His claims have undoubtedly been supported in some ways because he has also written for numerous publications related to gambling and appeared on television. It is reasonable to assume that he has some skill given that he has been observed rolling the dice more than 70 times without rolling a seven. It’s thought that LoRiggio also instructed casino floor staff on how to recognize a skilled dice thrower while employed by the industry. If this is accurate, it would prove that dice control is possible. If a casino didn’t believe that skilled dice throwers could give them an advantage at the tables, it is unlikely that they would bother to keep an eye out for them.

How to Prove It

Two primary arguments are made against dice control. The first is essentially the idea that it’s impossible to predict the outcome of a dice roll and that the entire concept is based on a false premise. While it hasn’t been established beyond a shadow of a doubt that such an influence is possible, it hasn’t also been established that it isn’t. The second argument against dice control acknowledges the possibility of dice control, but not to the point where it would benefit a casino player. This is understandable, not the least of which are the regulations most casinos set for dice games. For instance, when playing craps, the shooter must typically roll the dice so that they bounce off the table’s back wall. No matter how skilled the shooter, it will be very challenging to control the outcome of dice in such situations, according to basic physics.

We cannot say with certainty whether dice control works or not, so our conclusion is not particularly conclusive. There is unquestionably some evidence that suggests it might, but not enough to convince us that it can. The question of whether it is actually possible to gain an advantage in a Philippine Online Casinos is, in our opinion, very much up for debate. We do believe that, under the right conditions, it is possible to somewhat influence the outcome of the roll of the dice.