In the casino industry, the phrase “advantage play” refers to someone who tries to exploit a dealer’s or the casino’s weaknesses. A game’s odds can change from having a house edge to having a player edge due to subpar game protection procedures, dealer laziness, and player awareness. The following are some strategies for using advantage play to increase your chances of winning. These are not tricks of the trade. Cheating is illegal and will result in your arrest. These are strategies for utilizing information that has been given to you for your benefit.

When the dealer “hole cards,” they expose the cards that are at the bottom of a pack of cards or a single card as they emerge from the shuffler or shoe. On most poker-based table games, hole carding is possible, and on a few others, like Three Card Poker, Ultimate Texas Hold’em, Heads Up Holdem, and Crazy4Poker, it can significantly improve player odds. When the dealer removes the cards from the shuffler to distribute them to the players and dealer, it’s possible that the cards are lifted too high off the table, revealing the bottom card of the pack of three cards. This is an example of whole carding in three-card poker. The house edge on the Ante/Play bet shifts from 3.4% in favor of the house to 3.5% in favor of the player if the dealer displays their own bottom card on each round. Knowing the entire card drastically alters the standard optimal play. Without any prior knowledge of the cards, Q64 or higher ought to be played, while Q63 or lower ought to be folded. The play bet should always be placed when it is clear that the hole card is a 2-J. When the hole card is a Q, you should play a Q92 or higher. The best hand to play is K92 or better if the hole card is a K. Additionally, the A92 or better should be played if the hole card is an Ace. This is a fairly easy strategy to learn, and if a particular dealer exposes the hole card every hand during that time, you will have a 3.5% advantage. 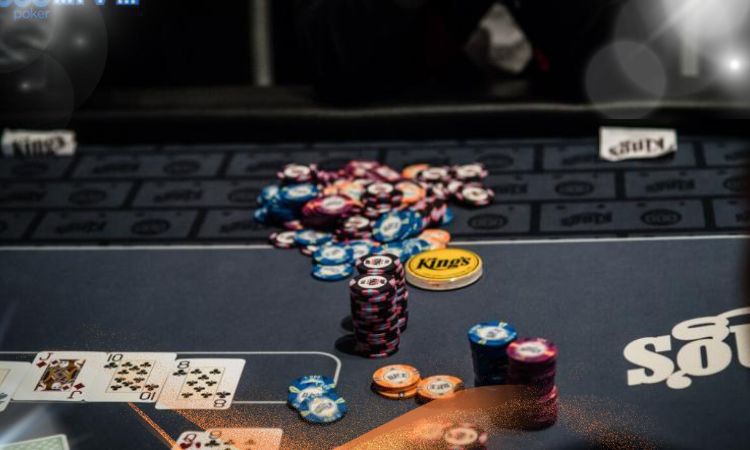 Edge sorting is slightly more contentious than Hole Carding because you are not solely relying on information that has already been provided to you. By edge sorting, you are actually exploiting a flaw in the way that cards are made and turning the cards you handle according to whether they are advantageous for you or not. Many casino card manufacturers create cards with irregularly symmetrical back designs. A player could turn all the face cards in one direction and all the non-face cards in the other if the casino does not properly shuffle the deck after each hand, which would require turning half the cards first. While going through the entire deck would take some time, once done, the player would then be able to estimate the value of the dealer cards. A player may be aware of one, two, or all three of the dealer’s cards in a game like three-card poker. If the dealer is holding one or both face cards in Ultimate Texas Hold’em, the player may be aware of this. In these and many other games, having knowledge of the dealer’s cards could be a huge advantage.

One of the most popular types of advantage play, where the player uses information provided to them to their advantage, is card counting. The information provided by the card history during play is what the player uses to their advantage when placing bets. Card counting was described in a previous article and is a comparatively simple skill to pick up. The fundamental idea behind card counting is that you count the number of low cards (2–6) as they are dealt out, the number of high cards (10–A), which hurt your chances when played, and the number of middle cards (7-9), which have little bearing on betting. Card counting is legal in every casino, despite the fact that the casino does not like it. And if you’re discovered, you’ll probably be asked to leave. If you’re not asked to leave, the casino might use a few strategies to thwart your counting. They might mandate that you “flat bet,” which means that you must wager the same sum on each hand throughout the shoe. Anytime you raise your bet, the cards may be reshuffled. They could also lessen the game’s betting spread. What was once a $25–$500 game might now only cost $25–$100.

Sharing information is almost always forbidden in table game rules, but many casinos are very lax about upholding the prohibition. When playing together and having fun, friends frequently look around or openly share what they have with those around the table. These days, it is so widespread that a person taking advantage of the lack of game protection can easily blend in and go unnoticed. When playing a game like Ultimate Texas Hold’em, players can gain a 2.5% advantage by sharing information. This could be accomplished by taking a seat in the middle of the table and observing each player’s two-card hand, or it could be accomplished by some sort of signaling from other players participating in the play. All the other players at the table, who are only placing the minimum bets allowed by the table, signal one player when they make very large bets. If the player receiving the information was dealt a Q 8, for instance, that is an example of how this might operate. Without shared knowledge, Q 8 is always a raise of four times. Both getting a Q on the board and drawing to a straight are obviously possibilities. What if, however, two Qs, a few 10s, and a few Js were among the cards the other five players at the table signaled? Now there are significantly fewer opportunities to get a straight or a Q on the board. With that knowledge, the player should never make a 4x wager. The dealt hand J-7, on the other hand, is never a 4x bet prior to the flop. However, the chances of getting a straight or three of a kind or better are greatly increased if all players signal and every card in each player’s hand is worth less than seven. A 4x wager would be ideal at this point.

As you can see, advantage play strategies can lead to some nice advantages. The majority of these chances occur when the casino disregards its own guidelines for game protection. It is very simple for a casino to avoid these situations, but in the casino environment, laziness and a lack of pride in one’s work are all too common, which allows for these situations to go unnoticed and be exploited.