What Do You Know About Slot Machines?

What comes to mind when you picture yourself entering a casino? Is it the energetic atmosphere that exudes the tension of untapped potential? Is it the aroma of delicious, freshly prepared food? Is it the sight of the participants, games, dealers, and playing cards? All of this and more can be found in casinos, creating a sensory-rich environment. They are locations with endless opportunities for entertainment and leisure, available whenever you want it. And it’s not just face-to-face. Online gambling is a booming industry that provides unmatched diversity and a strong sense of community. Slots, one of the most popular and frequently played games ever, are in the spotlight. The most played casino game of all time, slot machines continue to generate enormous profits for the sector regardless of format. According to Anthony Fredrick Lucas, a professor of casino management at the University of Nevada, Las Vegas, “slot machines make up the bulk of gaming revenue in the United States.” Slot machines, for instance, generate a startling 90% of profits from both traditional and online casinos in South Dakota and Iowa. Canada is another significant participant in the casino game in addition to the United States. Casinos, bingo parlors, and video gaming machines are practically everywhere. The global market is expanding significantly online as well, with more players than ever logging on from the comfort of their homes to play their favorite games and win bigger bonuses. And slots are frequently that game. But how were slots created? We’ve delved into the illustrious history of slot machines and their various stages of development.

It is well known that development of the first real gambling machine started around 1887. In 1891, Sitmann and Pitt succeeded in building a functional machine. Instead of the slot machines we are familiar with today, the machine had similarities to contemporary poker machines. Despite the fact that slots weren’t yet common, this machine established the precedent and laid the groundwork for the development of not only conventional slot machines but also all subsequent variations of slot games. 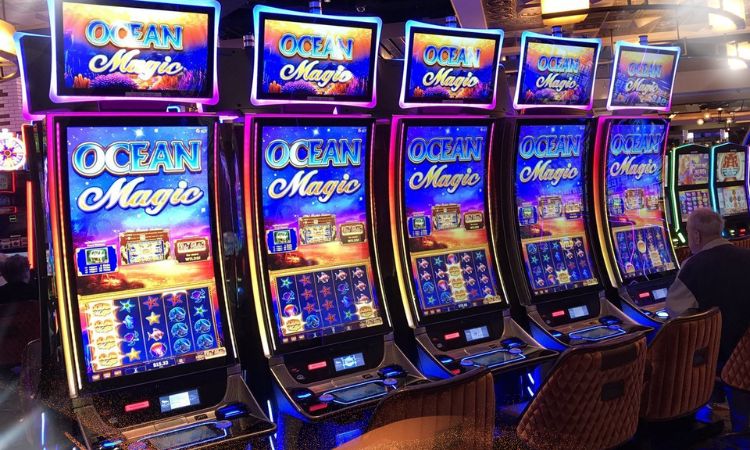 The Liberty Bell: the First Slot Machine Made Between 1891 and 1895

We must give credit to Charles Augustus Fey for the subsequent actions: He is the one who gave the idea of the slot machine real life. He created the Liberty Bell by modifying the Sitmann and Pitt model in a few crucial ways. The Liberty Bell was a ground-breaking device that offered automatic payouts. The Sitmann and Pitt design featured five drums, whereas Fey’s invention featured three reels and five symbols. Even today, you can still see the symbols, especially on older or vintage machines. Horseshoe, Diamonds, Spades, Liberty Bell, and Hearts can also be found in similar variations of games on contemporary slot streamers, and we bet you’re familiar with them already. The Liberty Bell got its name because the machine paid out at the highest rate if the player was fortunate enough to hit three bell symbols. Other manufacturers jumped on board with their own versions as a result of its commercial success. The ensuing surge in popularity never stopped.

Slot machines were prohibited in 1902, at the height of a religious backlash. Cash prizes could still be made, but because they were now forbidden, players looked elsewhere. Alternative prizes became a result, which is an interesting flaw. The Operating Bell was invented by Herbert Mills in 1907. A “family friendly” machine was developed by this Chicago-based manufacturer. The Operating Bell was built similarly to the Liberty Bell and operated on the same principles. It was a slot machine, too, with different fruits serving as the winning symbols and candies as the form of payment. It was available in stores, tobacconists, bowling alleys, and salons right away and was a huge hit. The original machines are very valuable today and can fetch thousands of dollars depending on condition.

The introduction of electronic slot machines between 1963 and 1976

When Bally developed the Money Honey in 1963, the slot industry experienced its next, most significant development. The first electronic slot machine in history was this creation, according to records. That’s not entirely accurate, though, because it wasn’t entirely electronic. Despite the fact that the reels themselves were electronic, spinning them required mechanical assistance. The next step was the replacement of the electronic levers with mechanical ones. Another change occurred in 1976 with the introduction of top video slots and the Fortune Coin. Soon after the machine (metaphorically) “exploded,” all of the hotels in Las Vegas had adopted it. The market was open!

The 1990s saw the most significant changes to slot machines as we know them today after the Fortune Coin was introduced. Cash Splash, the first online slot machine, was released in 1994. Naturally, this immediately altered the situation, so to speak, and the business for good. The addition of a bonus round second screen in 1996 was viewed as an illustration of the enormous potential offered by playing online slots. Reel’em, a video slot by WMS Industries Inc., introduced a novel feature: when the player activated the bonus game, a totally different screen appeared. It was no longer just about getting more spins; it was a completely new experience with graphics to match. Bonuses that offered the possibility of increased payouts immediately attracted players. GCash casino invested shrewdly in response to the opportunities presented by technological advancement. According to statistics, slot machines currently occupy the majority of the floor space in a traditional casino and bring in a corresponding amount of money. The gambling industry was significantly impacted by the transition from mechanical slots to video and electronic slots. The industry is driven by technological development and software creation, which keeps players happy—and on the lookout for more.